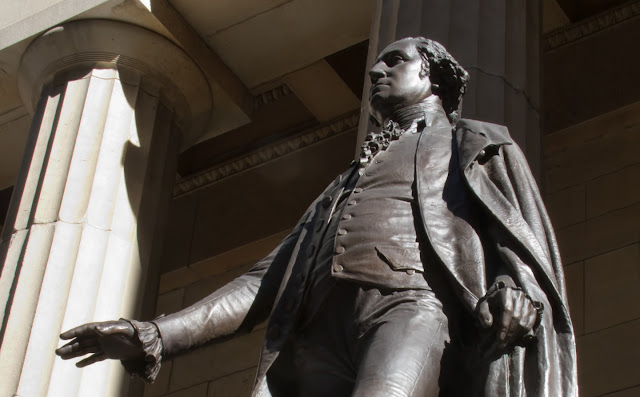 This building was part of Open House New York. It's on Wall Street, across from the New York Stock Exchange, and though I've walked by it many times, I had never gone inside.

Despite the very striking statue of George Washington outside, he never slept, or for that matter, stepped inside the building now called Federal Hall, which wasn't built until 1842. The original building on the site, where Washington took the oath of office to become our first president, was demolished in 1812.

The old Federal Hall had started out as New York's city hall -- the famous libel trial of John Peter Zenger was held there in 1735 -- but had gone on to become the first Capitol of the United States after the Revolutionary War. When Philadelphia became the new capital, the building reverted to municipal government, and was torn down when a new city hall was built uptown.