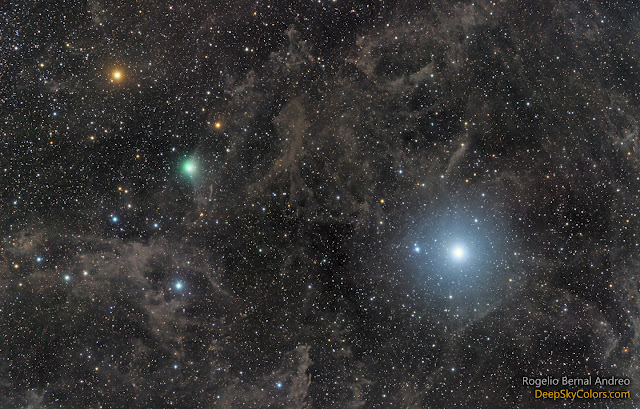 That green glow in the center left of this picture is Comet Lovejoy -- or rather, the latest Comet Lovejoy, as Terry Lovejoy has discovered four previous bearers of the name. (You know you've been watching too much Game of Thrones when you want to introduce an astronomical object as “Comet Lovejoy, the fifth of its name.”)

The bright star on the right is Polaris, the North Star. It's not especially bright seen from Earth, but because it's close to the celestial pole, the place in the sky where our planet's axis points, it's the pivot around which the northern skies appear to revolve. So some of us may think the universe revolves around us, but Polaris can actually make a very strong case for it.