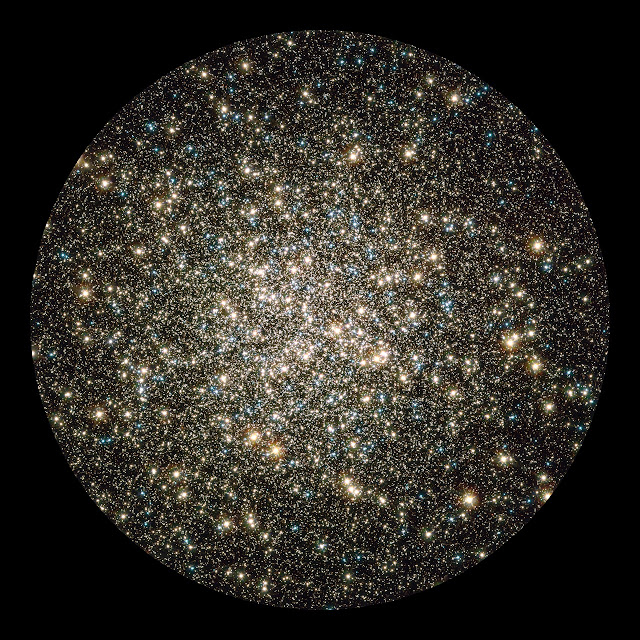 Gaudier than the gaudiest palace a shah could dream up -- the globular cluster M13, as seen by Hubble.

This is one of approximately 150 globular clusters hanging out in the vicinity of our Milky Way galaxy. It was officially discovered by Halley in 1714 (and of course, as the name indicates, catalogued by Monsieur Messier fifty years later) but since it is visible -- just barely -- with the naked eye, I'm not sure you can really take credit for discovering it.

The stars in globulars tend to be older than those in the galaxies they orbit, but what's wonderful about this image is that it's multigenerational -- you can see the very old reddish stars right next to the bright blue babies.