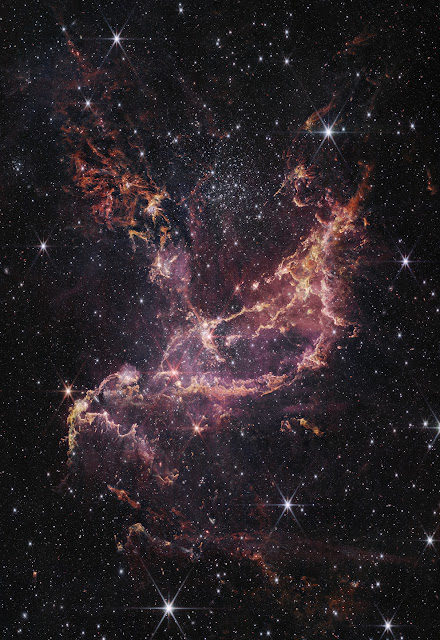 A new image from the Webb Telescope. This shows NGC 346, a star-forming region in our neighbor, the Small Magellanic Cloud. The Cloud has a composition similar to much older galaxies so by watching star formation there, scientists may learn how the process looked in the early universe. The Webb can get a much better look at the baby stars in this region than we've ever had before, including the clouds of dust around them which could eventually form planets.