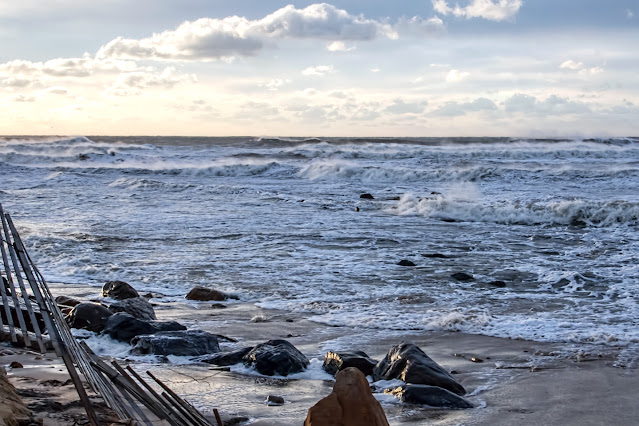 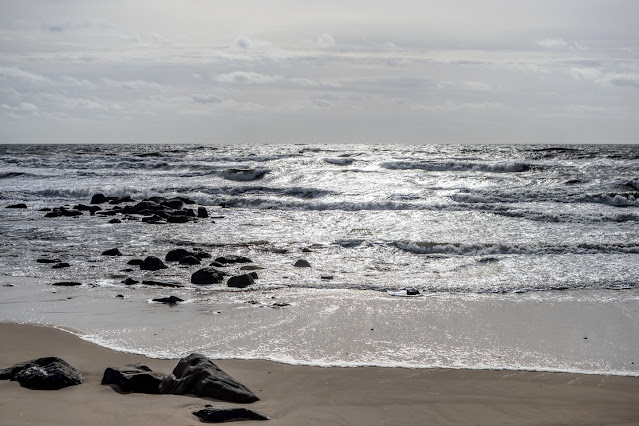 Two more pictures of this lovely beach. I had never been to Montauk before; as I've mentioned many times I don't like sunbathing and I was never interested in party scenes, so summer shares in the Hamptons or the Jersey Shore never appealed to me. I have stayed on Fire Island a few times, and liked it very much, but I've seen the Hamptons only on day trips and never had any desire to stay.

Montauk had developed its own notorious party scene pre-pandemic, but it's always been a little removed. The distance helps; depending on the traffic, it can take four hours to drive there from Manhattan, with the last half hour or so mostly empty highway. And it really is dead in January. Most of the restaurants in the village are closed for the season and there were never more than a couple of people on the beach.

But that's what I wanted. I thought.

The misadventures started when I got to the AirBnB and discovered that it hadn't been cleaned since the last guests left. The beds weren't made up, the garbage hadn't been taken out, and there were wet towels on the bathroom floor. The owner was properly apologetic and gave me one night free, and asked the housekeeper to come over immediately. But, it being Montauk, “immediately” meant that she didn't get there until 8:30. And she spoke very little English, and didn't understand that all I really wanted was for her to clean the bedroom and make up the bed. Instead she spent the next two hours vacuuming, scrubbing and doing loads of laundry, while I sat there with my mask on trying to stay out of her way.
Posted by Kathleen at 5:11 PM