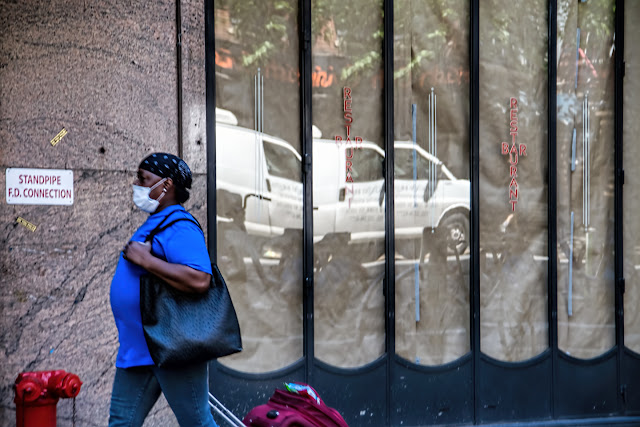 I must leave it as a prescription, viz., that the best physic against the plague is to run away from it….

And were this very fundamental only duly considered by the people on any future occasion of this or the like nature, I am persuaded it would put them upon quite different measures for managing the people from those that they took in 1665, or than any that have been taken abroad that I have heard of. In a word, they would consider of separating the people into smaller bodies, and removing them in time farther from one another—and not let such a contagion as this, which is indeed chiefly dangerous to collected bodies of people, find a million of people in a body together, as was very near the case before, and would certainly be the case if it should ever appear again.


-- Daniel Defoe
A Journal of the Plague Year

In which Mr Defoe explains the necessity of social distancing. I'm not exactly enjoying reading this book; it's equal parts eerie and infuriating, because so much of it echoes our current situation, and yet, we have collectively managed to learn so little from previous epidemics.

I'd love to take his advice and run from this plague, but there is quite literally nowhere to go and no way to get there. As our numbers continue to decline in the Northeast, infections are out of control across the entire southern United States. And even if you were willing to risk international travel, there are now only a handful of countries willing to admit Americans.

Of course I'm furious at the reckless incompetence that has brought us here. But I have to be careful about indulging my anger, because this apartment is too small to accommodate both of us.

Someday, someday when this is all over,  I'm going to stand on a beach and scream until my lungs ache.