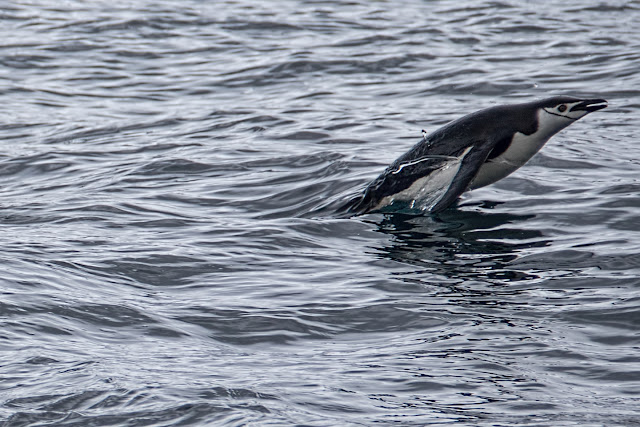 Apologies for being late, but apparently yesterday was Penguin Awareness Day, and I neglected to celebrate.

Here's a picture from Antarctica, a year ago this month. This chinstrap penguin is porpoising, leaping out of the water and arcing back in. Penguins may be easy to photograph on land, but they're almost impossible to catch in the water. They race through the water like little torpedoes, then leap out to grab a breath before plunging back in. I never managed to get great pictures of them porpoising, because it was impossible to predict where they'd surface and by the time you saw them they were gone.

This is my best picture, but because it's only one penguin and he was out of the frame by the time he was completely out of the water, you can't really tell that he's leaping out of the water. It looks more like he's trudging ashore after a swim.