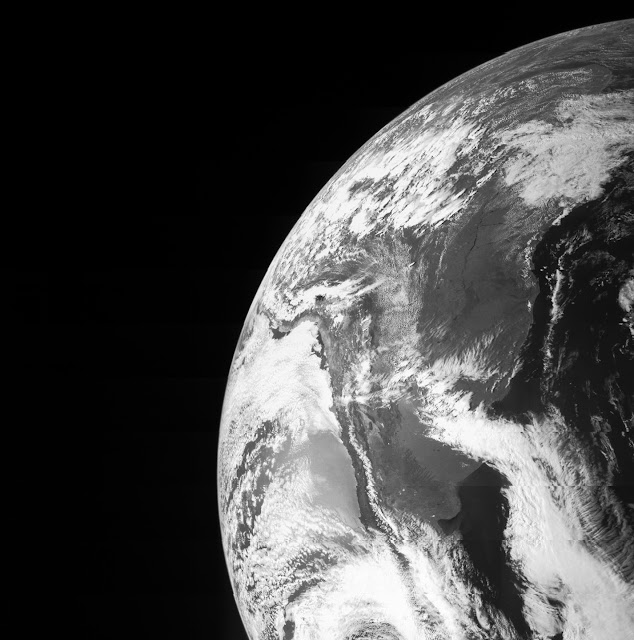 The Juno spacecraft has arrived safely in orbit around Jupiter after a five-year journey.

It will some time before we start getting what will undoubtedly be amazing images, but in the meantime here's something much closer to home: a picture Juno took of Earth during a flyby in 2013, when it used our gravity to push off for the long haul to Jupiter.

When this picture was taken, Juno had already been in space for more than two years. Its Atlas rocket was powerful enough only to propel it to the asteroid belt between Mars and Jupiter; at that point the Sun's gravity pulled it back into the inner solar system, where the gravity assist from Earth sent it flying back again to Jupiter. And you think it takes you forever to get anywhere!