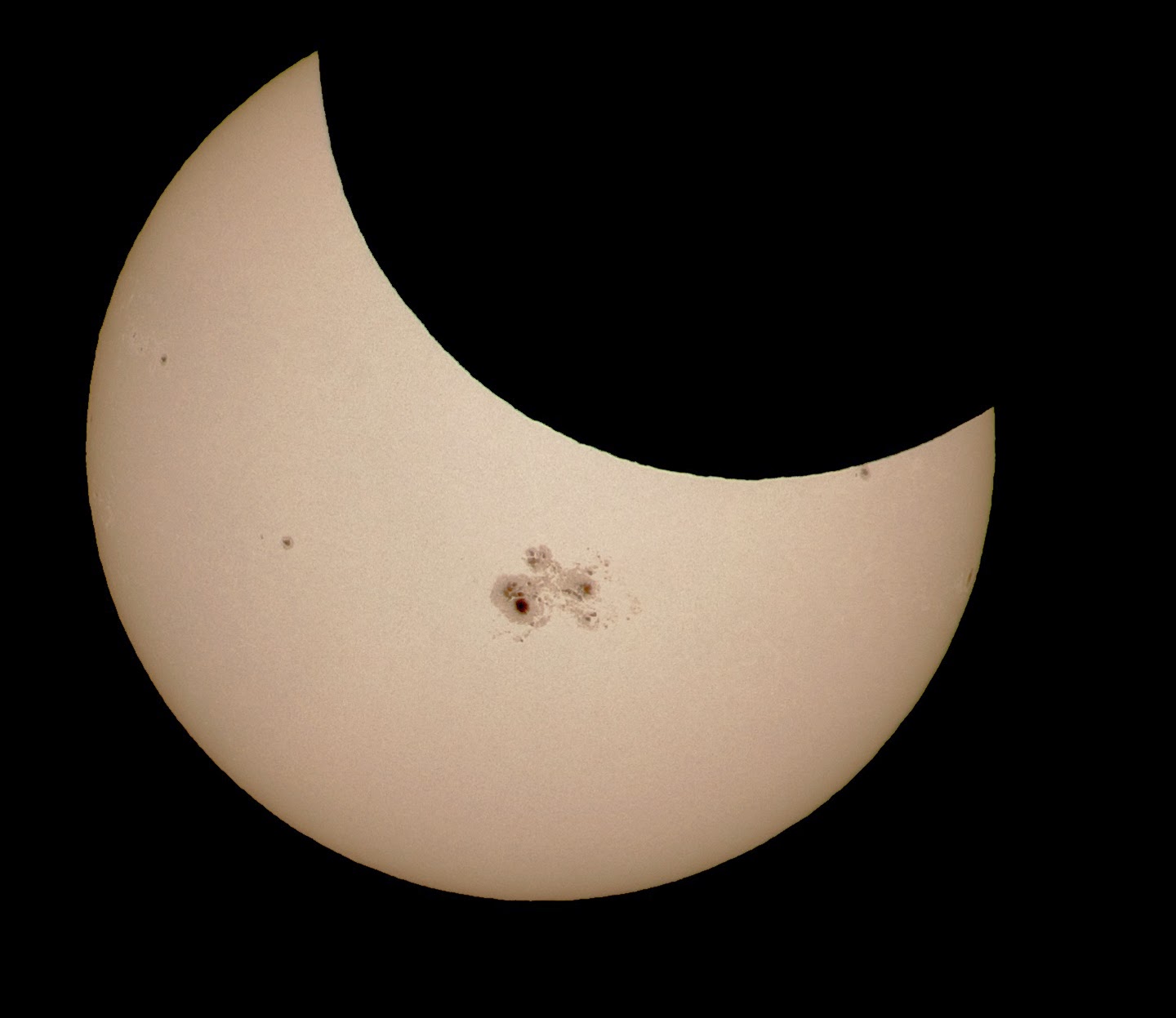 There was a partial solar eclipse last week; sadly, it wasn't visible from the East Coast.  This photo was taken from Santa Cruz, and shows the giant sunspot group with the romantic name AR 2192.

If I had a life list, if I believed in such things, seeing a total solar eclipse would be near the top of the list. There's one visible from Northern Europe in March and I almost signed up for a tour to see it. (Of course, right now I can barely make it to the corner so the idea of going anywhere outside of Midtown Manhattan is comical.)

If I can't make it to the eclipse, I'll just have to wait for the eclipse to come to me. There's one in 2017, visible in most of the United States.